Some facts about Bistra castle:

“The estate of Bistra is located in the southwestern part of the Ljubljana Marshes, in the vicinity of the town of Vrhnika. It was named after the Bistra brook, a tributary of the Ljubljanica river with several karst sources. Situated by the brook is Bistra Castle, which houses the Technical Museum of Slovenia. In the past it was the home of Carthusian monks, built by the Carinthian Duke Bernhard of Spannheim in 1255. In the 17th century, it housed a monks’ school and a library, which kept numerous valuable manuscripts.

Situated at the confluence of the Bistra brook and the Ljubljanica river are an old Venetian sawmill and a veneer sawmill, and on the Bistra brook a reconstruction of an old forge with a large mechanical sledgehammer, one of the last of its size preserved in Slovenia. By the Castle there is a vast park with a fish pond and on the hill above the castle a nature trail.” 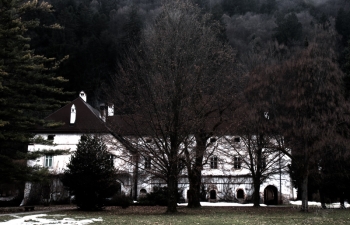 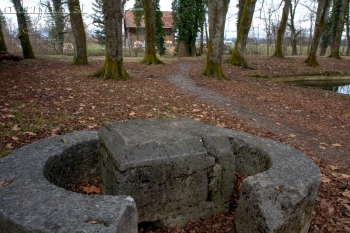