What you can do on a nice day after the dentist! You can go home, OR walk around the Brdo castles garden. It is really amazing.

And now some facts:

Brdo near Kranj (Slovene: Brdo pri Kranju) is an estate and a mansion in the Slovenian region of Upper Carniola in the municipality of Kranj north of Ljubljana. It is the Slovenian Government’s main venue for diplomatic meetings and other Government-sponsored events.

The present mansion was built in 1510 by Carniolan nobleman Georg (Jurij) Egkh, general administrator of Habsburg private estates in the Duchy of Carniola. It was initially built in the Renaissance style, but has been frequently renovated since. In the 18th century, it was bought by Michelangelo Zois, father of the Carniolan Enlightenment patron of the arts and natural scientist Žiga Zois. In the 19th century, it changed hands several times, with its interior being completely renovated. In the first decades of the 20th century it fell into decay until it was bought by Prince Paul of Yugoslavia in 1935. Prince Paul transformed Brdo from an eclectic and biedermeier provincial mansion into a refined summer royal residence. Between 1935 and 1941, several prominent individuals stayed as guests at Brdo, including Edward VIII of the United Kingdom.

After Yugoslavia became a Communist state in 1945, the mansion was confiscated from the Karadjordjević dynasty and became a summer retreat of the Yugoslav leader Josip Broz Tito. Brdo and the Vila Bled at the nearby Lake Bled were two former royal residences he typically spent much time in spring and summer. During one such visit in spring 1980, Tito suffered a seizure at Brdo and was transferred to the University Medical Centre Ljubljana, where he later died.

After Tito’s death in 1980, the estate was transferred to the Socialist Republic of Slovenia and it was later inherited by the Government of the independent Slovenian state. In its traditional role of hosting national and international conferences, in 1990, it was the venue of a conference between the leaders of the six Yugoslavian republics in an unsuccessful attempt to prevent the dissolution of the federation.

The interior of the mansion is decorated with paintings, frescos and sculptures by famous Slovene artists, such as France Mihelič, Maksim Sedej, Boris and Zdenko Kalin and Karel Putrih.

On June 16, 2001 it hosted a summit between George W. Bush and Vladimir Putin, which was the first official meeting between the two leaders. During Slovenia’s EU Presidency in the first half of 2008, it was the venue of a series of top level international meetings. 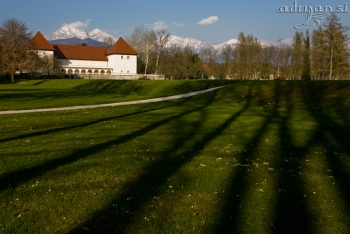 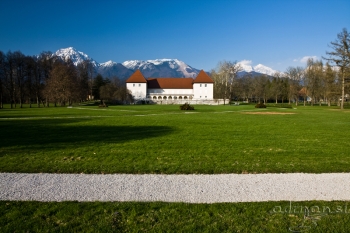 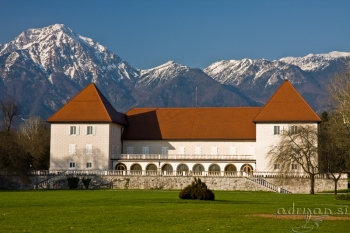